The short animation movie Space Goblins takes places in a galaxy that is at war with itself. We follow two brothers who are struggling to overcome the hordes of feuding criminals and warlords that are seeming to overrun the entire universe.

The first thing I noticed about Space Goblins was the unique atmosphere. Sure, movies that take place in giant space worlds aren’t new, but only a few of them are as funny as this one seems. Another great aspect was the social commentary. We see the main characters argue about if what they are doing contributes to society or not. The good thing is that this is all done in a funny way. I also liked the bar scene, which reminded me of the bar scene in Star Wars: Episode IV A New Hope.

However, the movie also has it’s weak points. The animation is sometimes a bit simplistic, which makes the movie a bit slow. That being said, it would be nice if Space Goblins will get a sequel, because the concept has a lot of potential. 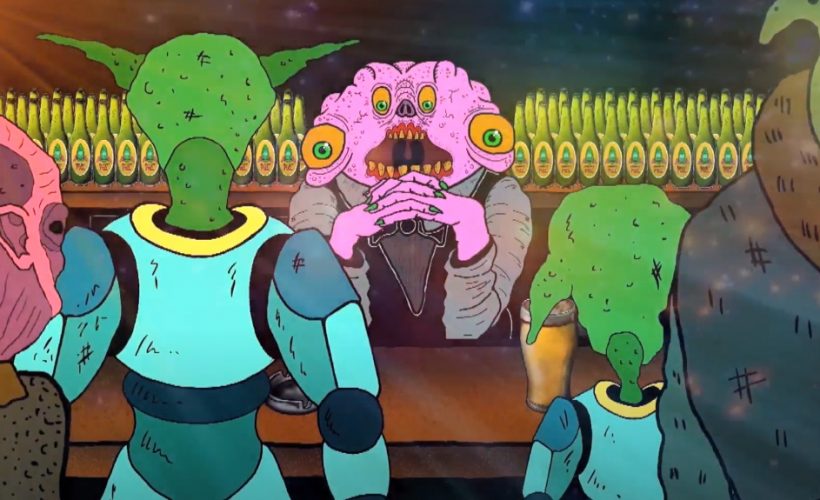 Space Goblins is a funny sci-fi short with a great atmosphere and interesting characters. The animation however, is a bit minimal, which makes the movie a bit less smooth. A must-see for those who find this review appealing, but not really for people who don’t like the genre to begin with. Personally, I would like to see a sequel or spin-off in the future.

Space Goblins will be shown at the Free Independent Film Weekend (16-18th october). More information about this festival could be found at this page.